Every year on May 15, the town of Gubbio celebrates a medieval festival called “Festa dei Ceri”. This festival is as old as 8 centuries and involves huge long wooden sticks or “Ceri”. The Festa dei Ceri is followed by a mass at the town’s main square called “Piazza Grande”. Let’s learn more about the medieval Festa dei Ceri in Gubbio.

Festa dei Ceri attracts more than 150,000 people and is the town’s way of honoring it’s patron Saint Ubaldo who had miraculous abilities.

Every man, woman and child takes part in this local festival for which the town is divided in different teams/groups that are distinguished by the colors of their clothing: Gubbio on the day of Festa dei Ceri What happens in the Festa dei Ceri??

The town of Gubbio is divided into three teams who carry these Ceri across town. The 3 different teams of the town hold the octagonal Ceri which weighs more than 250kgs. These Ceri are huge wax statues of each saint and are lifted by the respective teams in the morning of May 15 at 11:30 am.

Subsequently, the teams undertake three laps in the Piazza Grande and take the Ceri across town. When the Ceri are carried, there is a lot of shouting and merriment by the onlookers. It is an unusual sight as everyone follows the teams while the ceri bob and sway in different hands.

Consequently, these ceri are then rested on a base in Via Savelli della Porta while the teams go for lunch. At 6:00 p.m the Ceri return to the Basilica of Saint Ubaldo on top of the hill of Gubbio. The festival shows the spirit of the community and the belief of the folklore! Some pictures of the festival from 2015: The morning of the festival in Gubbio 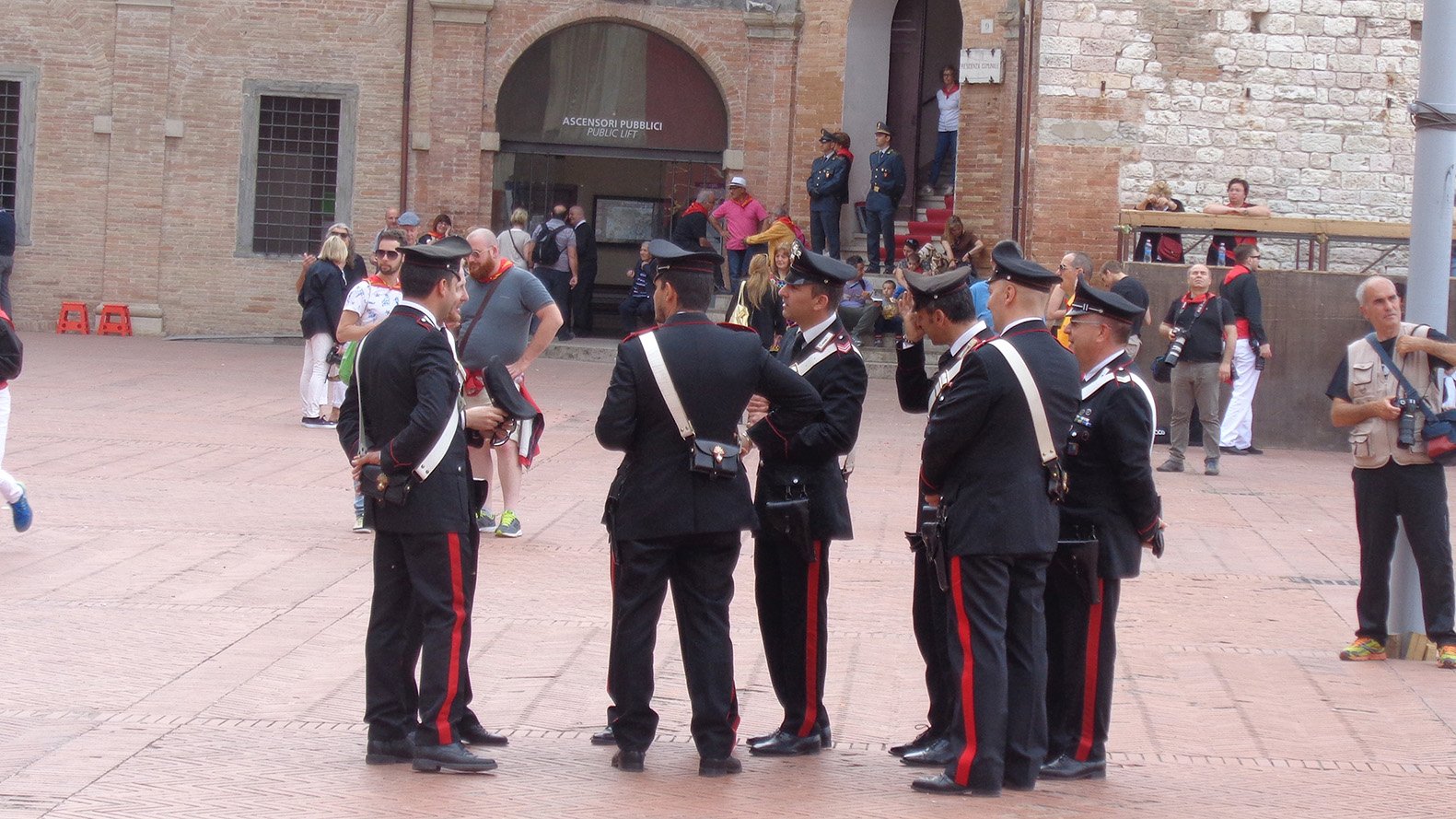 The dapper gentlemen in Gubbio Is it worth going to Festa dei Ceri??

Not only is it eccentric but also intriguing. And the spirit of the festa and the mayhem are addictive.

I planned my entire trip to Italy to see it and I’m proud to have been involved in something so medieval. The next day’s paper had a shot of the festival from above and it was hard to believe that I really managed to stay intact among all that crowd and chaos. Going to Gubbio was almost as if I had traveled back in time. I might have traveled back in time in Gubbio Look at those medieval flags in Gubbio The crowd at the Festa dei Ceri

Gubbio is an ancient town with Gothic architecture and a Roman theatre at the entrance. There is something extremely charming about the narrow streets of the town that add to its charming ancient”ness”. Also read: Umbria Travel Guide Day trip to Procida from Naples Where to Eat in Budapest